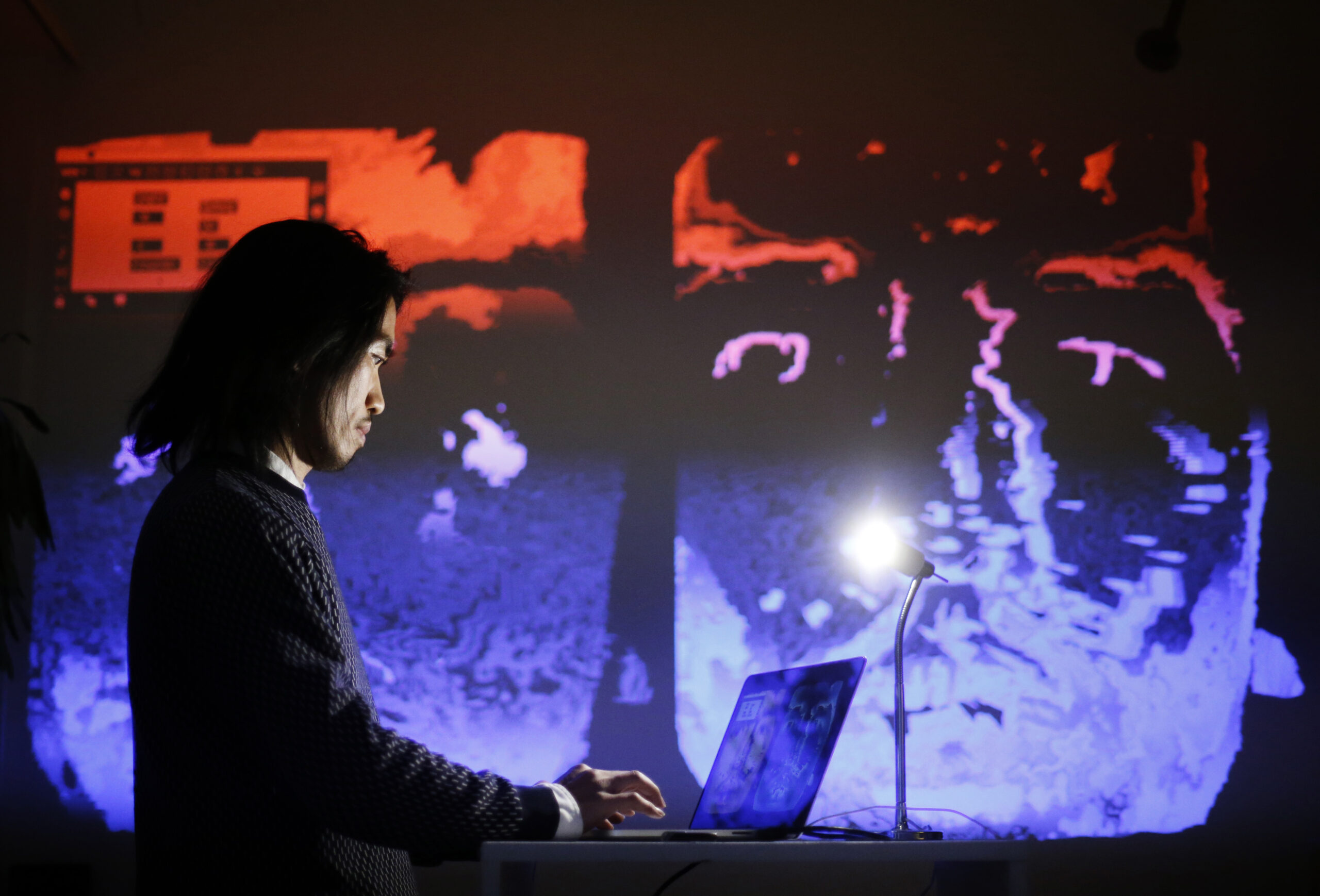 bug demonstrates the potential of sound event recognition (SER) in locating insect-like noises or socially undesirable elements by navigating through spatial audio (Ambisonics) field recordings. It is a commentary on the increasing development of audio technologies with uses in entertainment and advertising, as well as in surveillance, law enforcement and the military.

In bug, an algorithm scans through spatial audio captured at urban environments in Hong Kong. Field recordings of Cantonese dialects, South-East Asian languages, Asian music and wildlife are analysed, pursuing insect-like sounds. They are then made audible by parametric speakers emitting modulated ultrasound with a laser pointing in the same direction using a pan-tilt base and servo motors. The emitted ultrasound is highly directional, creating a “beam” of inaudible sound waves more similar to light than conventional audio. As the waves collide with the interior of the installation space and demodulated, audible sound emanates from the point on the wall, ceiling or floor at which they are reflected.

Ryo Ikeshiro is an artist, musician and researcher. His work explores the possibilities of meaning and context presented through sound...
Read more