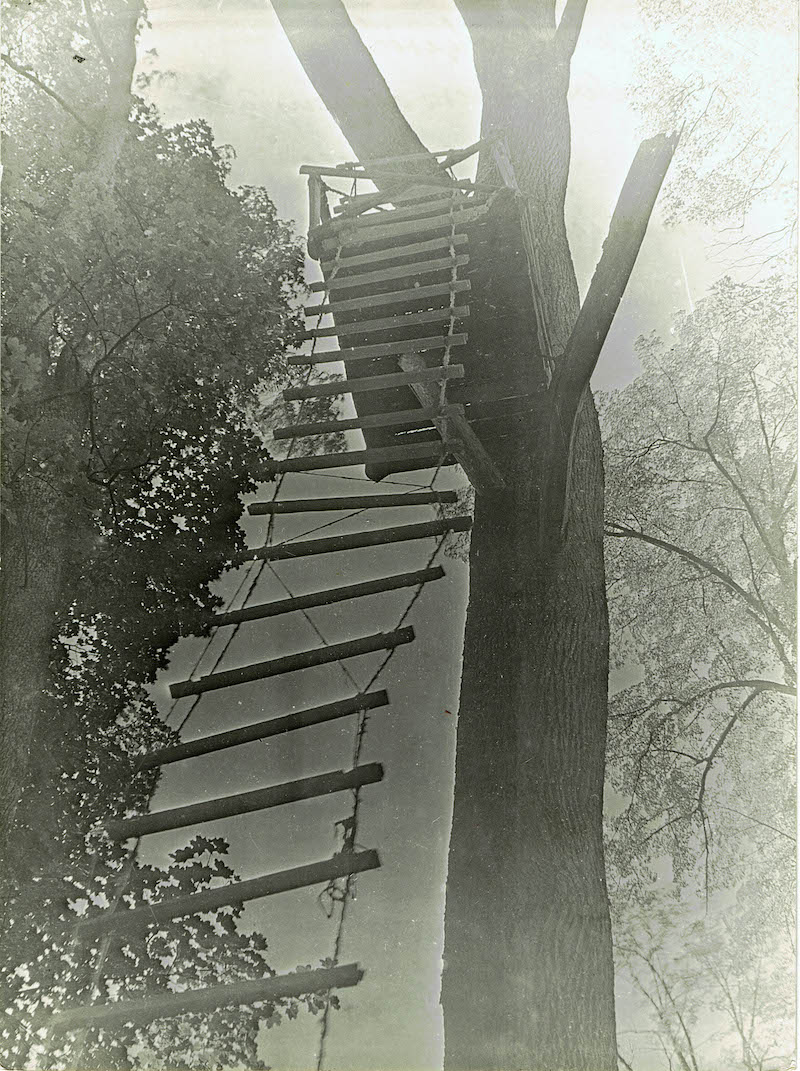 During the Konteksty Congress, Ewa Tatar, together with Ewa Polska (ewaewa collective) studied the work of Maria Pinińska-Bereś and the silent presence of her sculpture Observation Point of Changes in Art (1974/ 2014) located in Sokołowsko. The sculpture was used a starting point in constructing the program of the gathering.

Observation Point of Changes in Art is a sculpture by Maria Pinińska-Bereś – a wooden platform mounted on a tree by the pond by Różanka. The pink ladder attached to the platform hangs over the surface of the water at such a height that it is impossible to climb onto the platform.

Observation Point of Changes in Art (1974/ 2014) was adopted as the starting point for the construction of the Congress’ program and became an inspiration for the search for other observation points located in, and around, Sokołowsko.

Ewa Tatar is a curator, art researcher, gardener; she used to study psychoanalysis, practice art theory and the history of exhibition-making. Graduate of the...
Read more