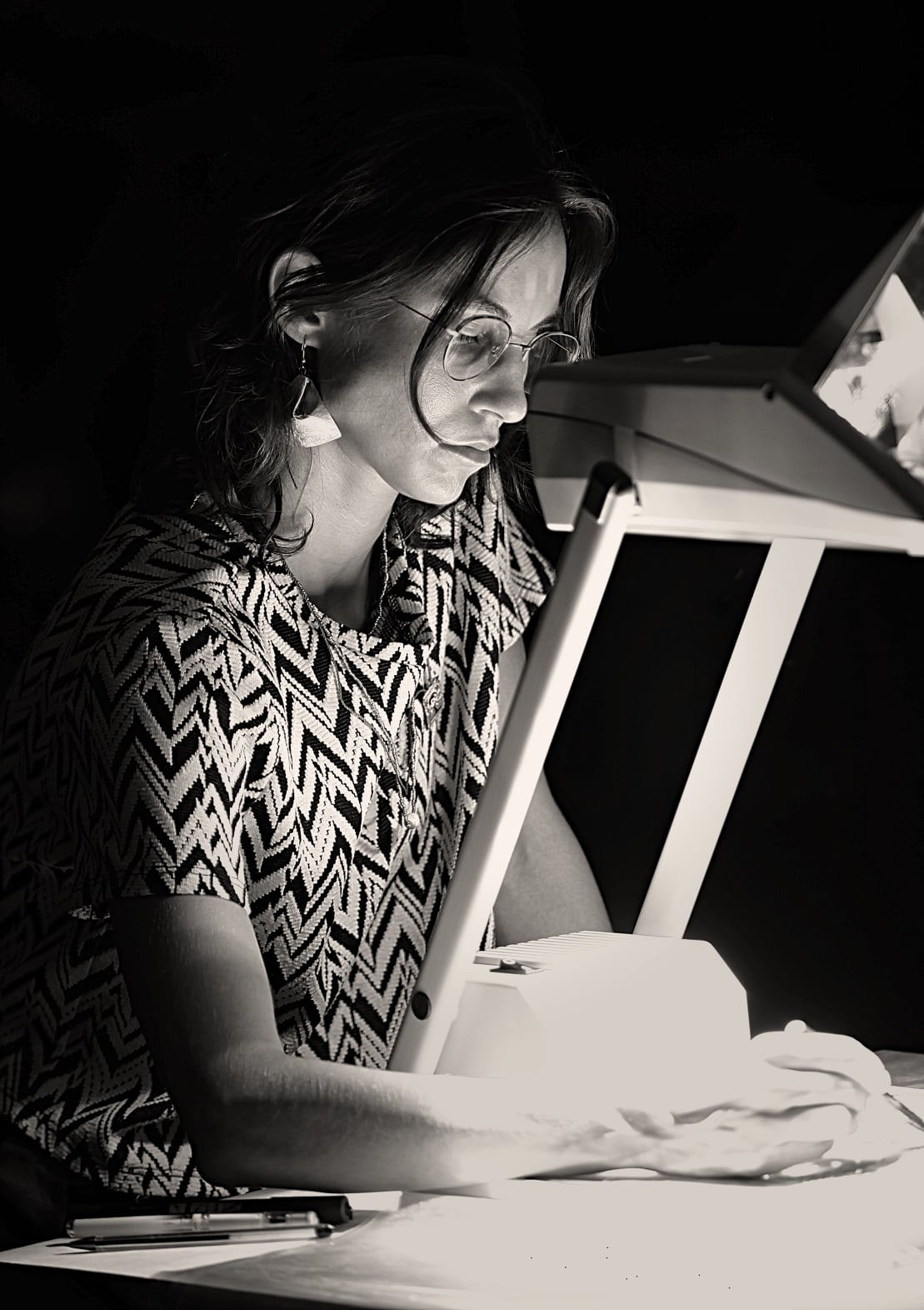 Lena Czerniawska was born in 1989 in Nowy Dwór Mazowiecki in Poland. During her childhood and youth, she was inspired by her mother Julia Wernio, who was a theatre director. Subsequently, her early influences came from the theatre, as well as the literature, music and visual art she was exposed to during these years.

Czerniawska lived in Wrocław, and studied in studios of Eugeniusz Get-Stankiewicz, Eugeniusz Smoliński and Michał Jędrzejewski at Academy of Fine Arts, majoring in Graphic Arts, also developing the beginnings of her practice within drawing and performing arts. Later, she began teaching at the academy as an assistant to professor Jacek Szewczyk. In 2017, Czerniawska moved to Berlin to focus on her individual career.

Her main artistic focus is drawing and writing, and she sees this as the critical component of her practice from which her ideas are derived. Her work encompasses installation, graphic design and performing, particularly with experimental or improvised music. Conceptually, Lena’s multifaceted practice investigates reality through image and temporality, and aims at harnessing the various influences across media that she has embraced over the years.

She runs Experimental Literary Programme and Studio Wrocław programme at Radio Kapitał, co-founds the Macondo Foundation in Wrocław and collaborates with artists associated with the improvised music scene.

Trying more to search rather than find, she knows that ‘who finds did not search right’ – Aglaja Veteranyi.