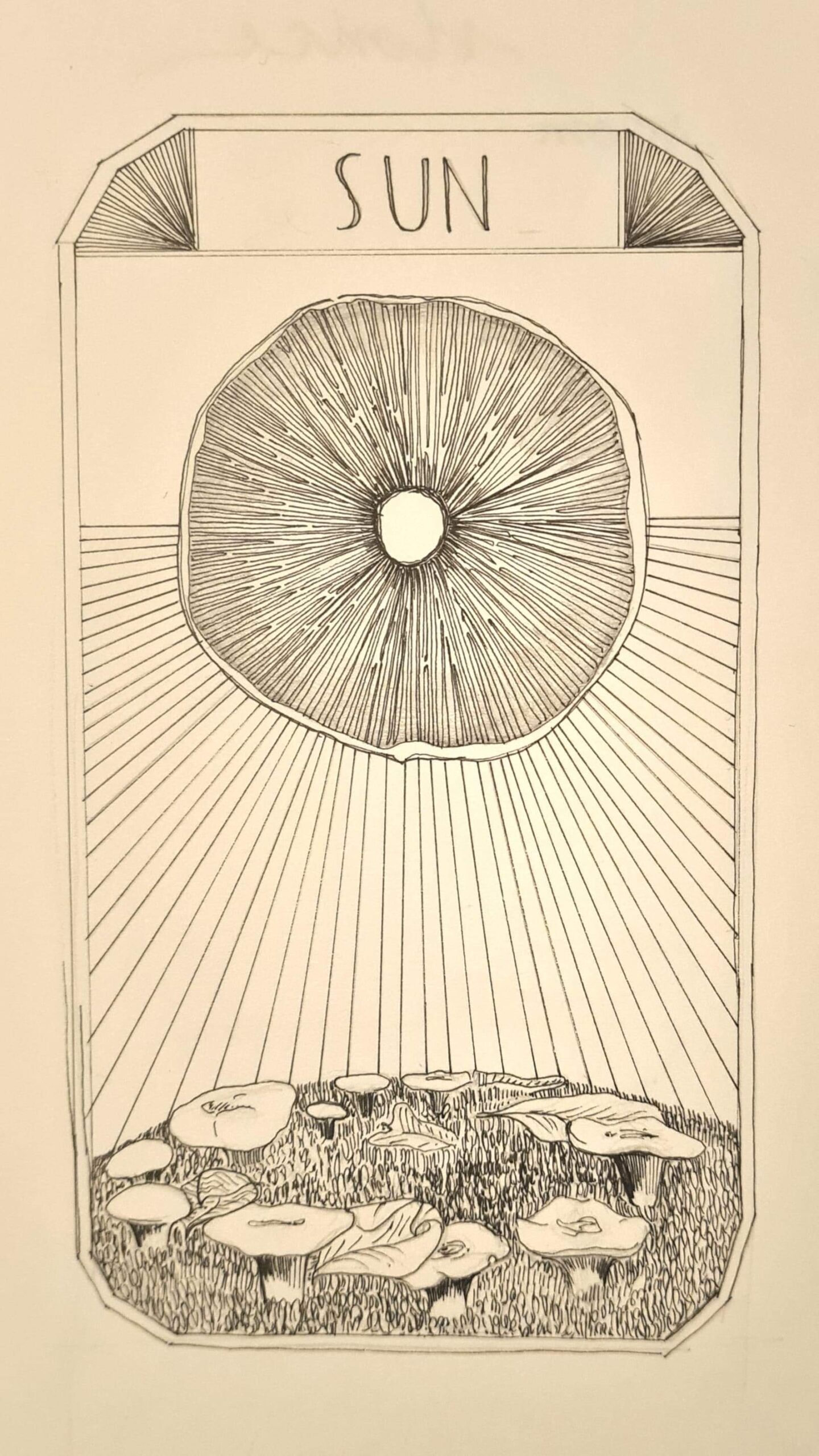 The Major Arkana of Fungi

The sound installations and exhibition are presented during the entire festival. [Hours 11:00 – 19:00]

The Major Arcana of Fungi is an action inspired by radical mycology, a social philosophy that describes cultural phenomena using a framework modelled on the unique features of the biology and ecology of fungi. Each Major Arcana card from Tarot is represented by a species of fungi or refers to a phenomenon from the fungi world.

I have been thinking about it for a while now. I sometimes imagine fungi as signs or guideposts, like cards drawn from the pack that tell us about the transformative power of Death, the Fool’s journey of discovery or the endless potentialities of the Magician.

I want to talk about the invisible, the underground, about the prophets and sowers of the New. ‘I am here because you are’, the fruiting body appearing above the moss seems to say. ‘I am here as a product of the connection and collaboration of many others’. I want to refer to the underground imaginary, to the mycelium as a network of neural connections that create ever-changing, learning membranes. Each card can also be interpreted as an emanation of this great field of interrelations.

‘Mycelium is an embodied polyphony’, writes Merlin Sheldrake in Entangled Life. Each individual self emerges from a complex maze of connections that we are only beginning to discover.  Mycology and magic, or healing, have since time immemorial been associated with women, so I wanted to invite a maximum number of women artists to collaborate.

It is time for a feminist reading of the Tarot as a tool for learning, healing our consciousness, and working with our psyche, models and limitations. It is time for mysticism to return to the ground as we observe the ancient ritual of mycorrhizal symbiosis and interpret signs of the eternal transformation and change around us. Time to restore and reclaim their space in daily life alongside our dreams.

I am also working on a pack of cards representing our fungal guides with artist Zofia Kuligowska and I want to take this idea further, implementing the principles of radical mycology.

Edyta Jarząb is a sound artist, practices deep listening as a starting point for sound activism. Studied with Pauline Oliveros and...
Read more

Born in Poznań, Poland. Daughter of the 80’s and Regina and Pawel. Grew up in Przyjazni socialist complex of blocks....
Read more